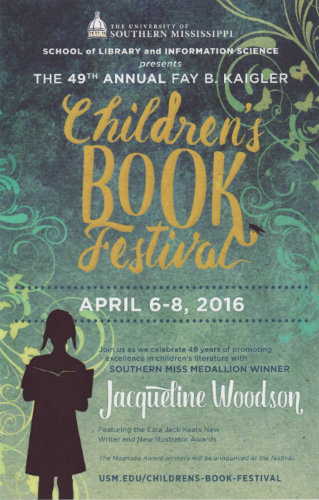 From its modest beginning of 100 participants, the Children's Book Festival has grown to hundreds of participants representing 46 states. Originally organized to promote the de Grummond Collection, the festival has come into its own. Both the festival and the de Grummond Collection continue to evolve together for the advancement of children's literature, and, year after year, enthusiastic supporters of children's literature come together to celebrate the joy of children's books.

Each year, more than 500 teachers and librarians from across the nation come to the University of Southern Mississippi to hear major speakers and participate in concurrent sessions and workshops as authors, illustrators, and experts in the field share their knowledge and experience. CEU credits are available for Mississippi educators.