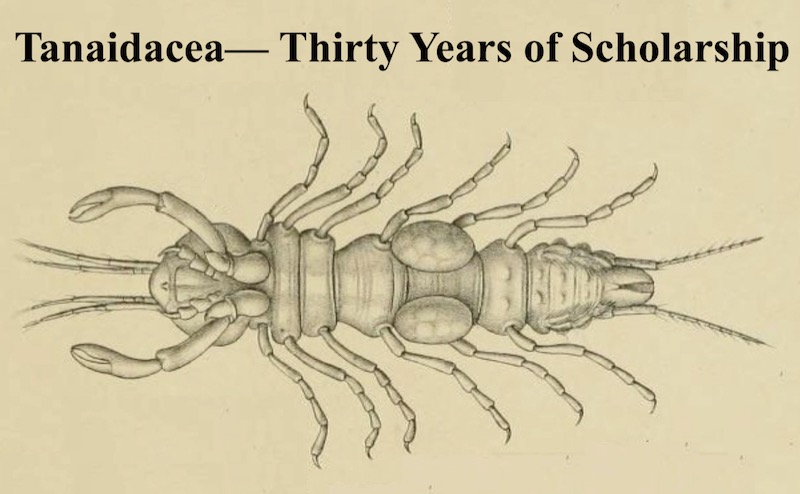 The objective of this project is to assemble in a single location relevant materials relating to the taxonomy, systematics, biology, and pertinent literature resources for the crustacean Order, Tanaidacea. Tanaids are small crustaceans found in most marine and brackish-water habitats.

The initial product of this project (Vers. 1.0) was published in 2013 as an effort to update the compilation of taxonomy, systematics, and literature published in 1983 by a renowned authority on Tanaidacea, Jürgen Sieg. Sieg’s Crustacean Catalogus—Tanaidacea summarized the knowledge to date which had been published on this group during the previous 175 years.

Some of the material within the documents below was previously available at another website, peracarida.usm.edu, which is no longer being supported. The present iteration (Vers. 3.0) was published in January, 2020.